The big problems with 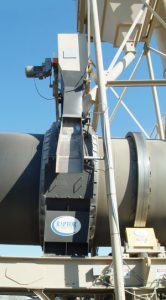 The Raptor® Recycle System introduces RAP directly into the drum to take advantage of the tremendous radiant heat generated by the burner flame. MAXAM’s patented method allows the RAP to absorb enough heat to drive off all the moisture, but not enough to let it burn. The Raptor® does this by limiting the time of the exposure to the radiant heat. By heating the RAP directly, it eliminates the need to superheat the virgin aggregate. The result is significant fuel savings, reduction in harmful emissions, and the ability to run a higher percentage of RAP – up to 50%.

Conventional logic also says you can’t expose RAP to the main burner’s open flames, but … if you do it right, you can eliminate steam, blue smoke and the need for superheating virgin aggregate. Doing it right means doing it with the patented Raptor® Recycle System. 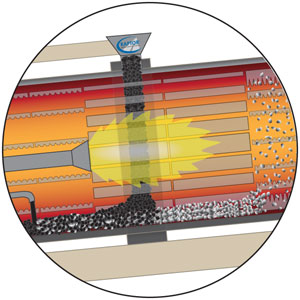